The reason for trying to start fall/winter crops in August is to give them as many days to get established with long daylight hours and warmth as possible.  The more growth they get in before low light and cold weather sets in — the more bountiful will be your winter harvest.

Long about the first of August this year the rain was still coming when needed.  Never experienced that before in all the years I’ve gardened. (I have no way to water other than my sprinkling can which I can fill from my two rain barrels.)   So I was down right excited about getting fall crops started in soil that was not bone dry from drought.

The first part of August — in addition to cover crops in various beds — I planted lots of stuff for fall. 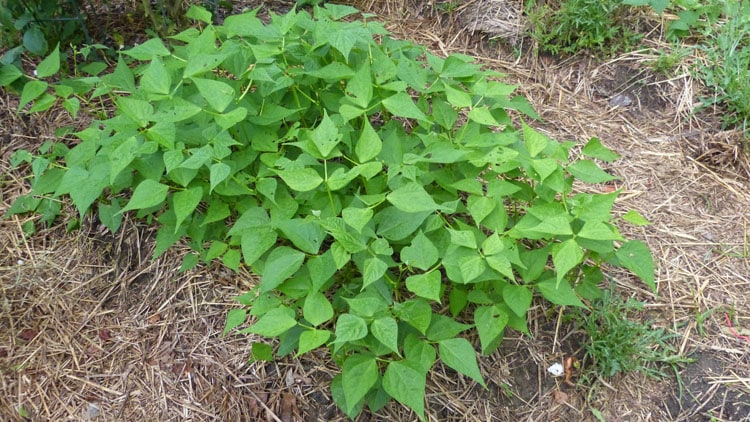 This first planting of Masai beans for fall was planted the first week in August and are shown here August 29– having been without rain for weeks. I picked the first ones today, September 21st. – shown below.  Hard to believe they produced so beautifully without any rain. 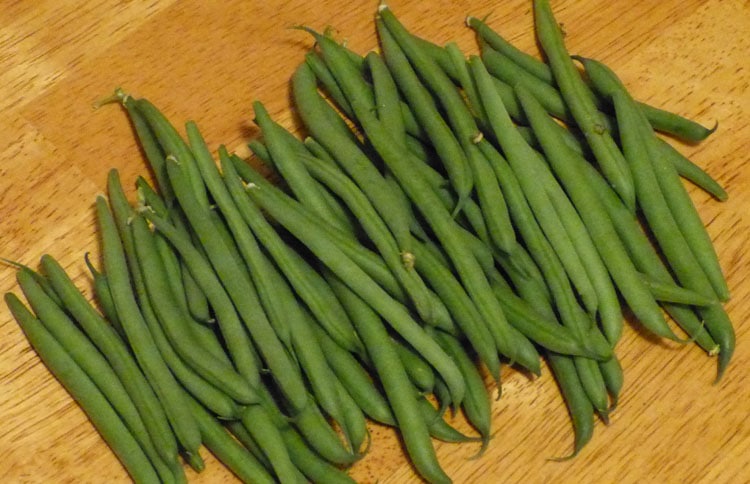 I thought I might not get any beans because of no rain since these were planted, but tonight I picked the first of the Masai beans and they were beautiful.

For fall/winter crops I planted:

And now for the rest of the story: It HASN’T rained for 6 WEEKS! 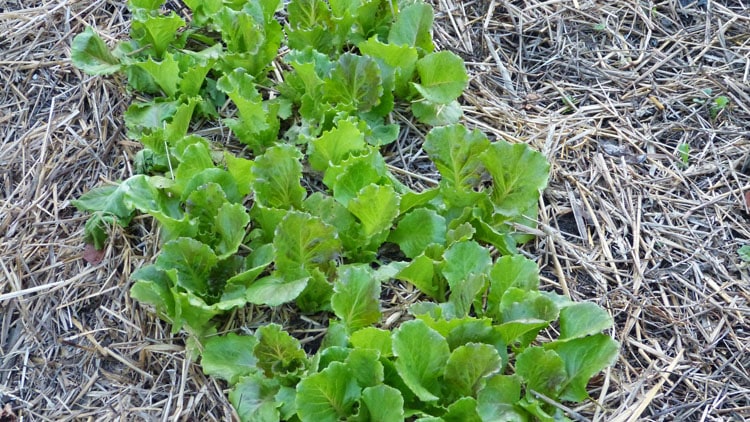 Sierra Batavia lettuce that made it. Voles have been going under the left side — where you see a plant wilting.

All the veggies that were well established before the rain stopped did great through the 6 week drought and didn’t show any signs of stress that I could tell. They must have been taking moisture from deep in soil and from the air on these cool nights. 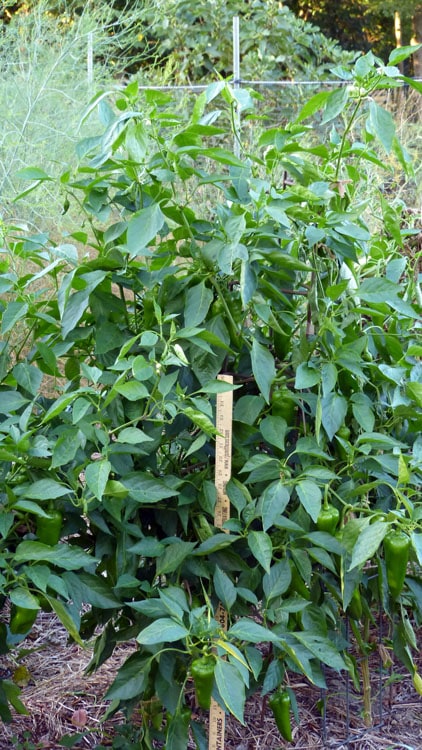 Dozens and dozens of peppers still coming.  Red ones have slowed a bit after 3 weeks of getting one everyday. This variety is Carmen, one of my favorites! 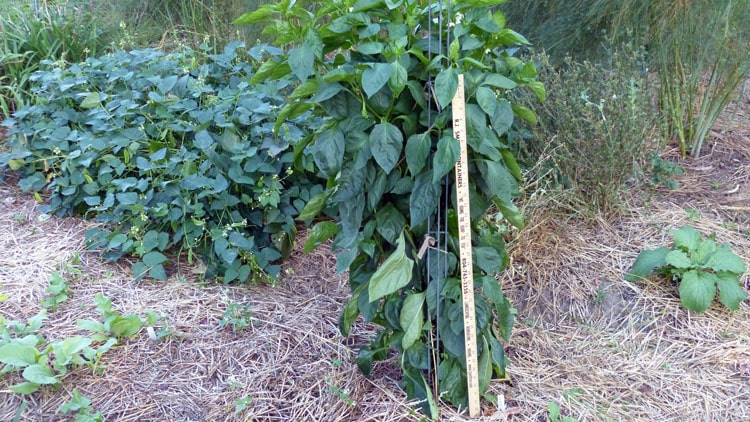 Lima beans are to the left.  Radishes in lower left corner.  Cultivated dandelion to right of bell pepper.  Borage on far right.  Asparagus ferns at top back.

What All This Has to Do with You

As I’ve mentioned in so many posts, it’s easy to let the negatives get you down.  After you plant 3 times and nothing works — the human tendency is to throw in the towel and/or think you’re no good at gardening.  Nothing could be further from the truth in most cases.

Every day, every month, and every year has it’s variables.  Sometimes we’ll never know what causes things to do well or not do well.  The only thing we can know for sure is —- if we don’t continue to plant — we will never harvest.

If we apply the basic principles of good gardening (they’re all here on TMG) — and keep on keeping on — no matter what —- we’ll reap the rewards and harvest when the gardener who allowed himself to become so discouraged that he didn’t keep planting  has nothing.

Cynthia (a friend/reader) and I are planting spinach and lettuce for the 4th time.  Hopefully — you won’t have to, but if the situation calls for it — join us.

In many parts of the country — including here in Virginia — we still have sufficient time left to start our winter crops.