You know the principal from being successful in your finances, your career, or your kitchen.  Even in the garden – to insure success –  plan for backup whenever it’s possible.

Every year has a different set of variables no matter where you live.  All it takes is a slight alteration of variables like temperatures, rain, heat, etc. for one crop to flourish more (or less) than it did in previous years.

I depend heavily on my garden as a food source.  Not only does the produce taste better, but it’s much more life giving than store bought food.  To insure that there is always something to eat, planning for backup is part of my routine.  Actually, it’s pretty easy most of the time. 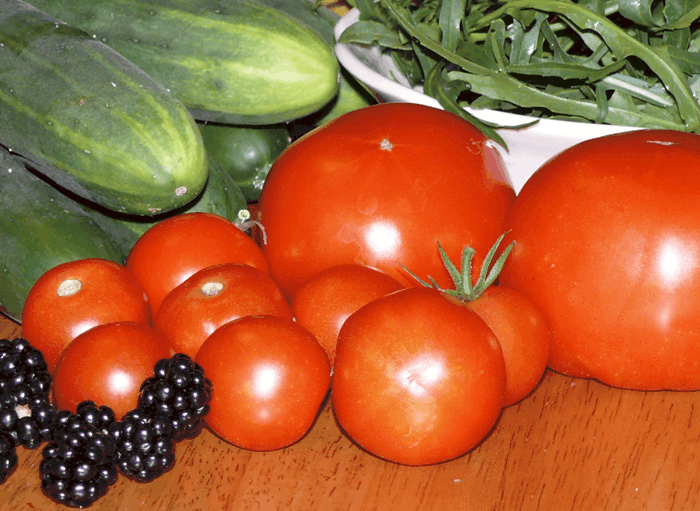 Here are a few suggestions on planning for backup.Some you will already be doing, but you may find one or two that are new to you. (I’ll talk about crops that I grow but the principles will be the same for most crops.)

Onions – I love onions and have them March through December or January.  Most years I plant 4 varieties to insure “backup”.

Yellow Multiplier onions (potato onions) are a must-have to insure that I will have onions in early spring and sometimes in the middle of winter.  Each bulb forms a cluster of underground bulbs ( about 6 or 8 ) which matures in my garden in mid summer. (I’ve read where they mature in the fall.) They are a great food source for the want-to-be-self-sufficient gardener.

They are not as sweet and delicious as an honest to goodness spring onion, but when you are not getting anything else, they’re wonderful!

This year I didn’t eat a single one.  Not a problem.  I let them mature, cured them, and I will plant them in the fall for another crop next year.  Even in years that I eat most of them, I try to save a few for planting since they’re hard to find.  And when you love onions like we do, multipliers can be rather expensive when you add them to the cost of everything else needed. (About $23 a pound; or $11.50 for 8 oz.)

Diversify when you order your onions.  Plant at least 3 varieties. White, yellow and red. If one flounders, the other usually takes up the slack. 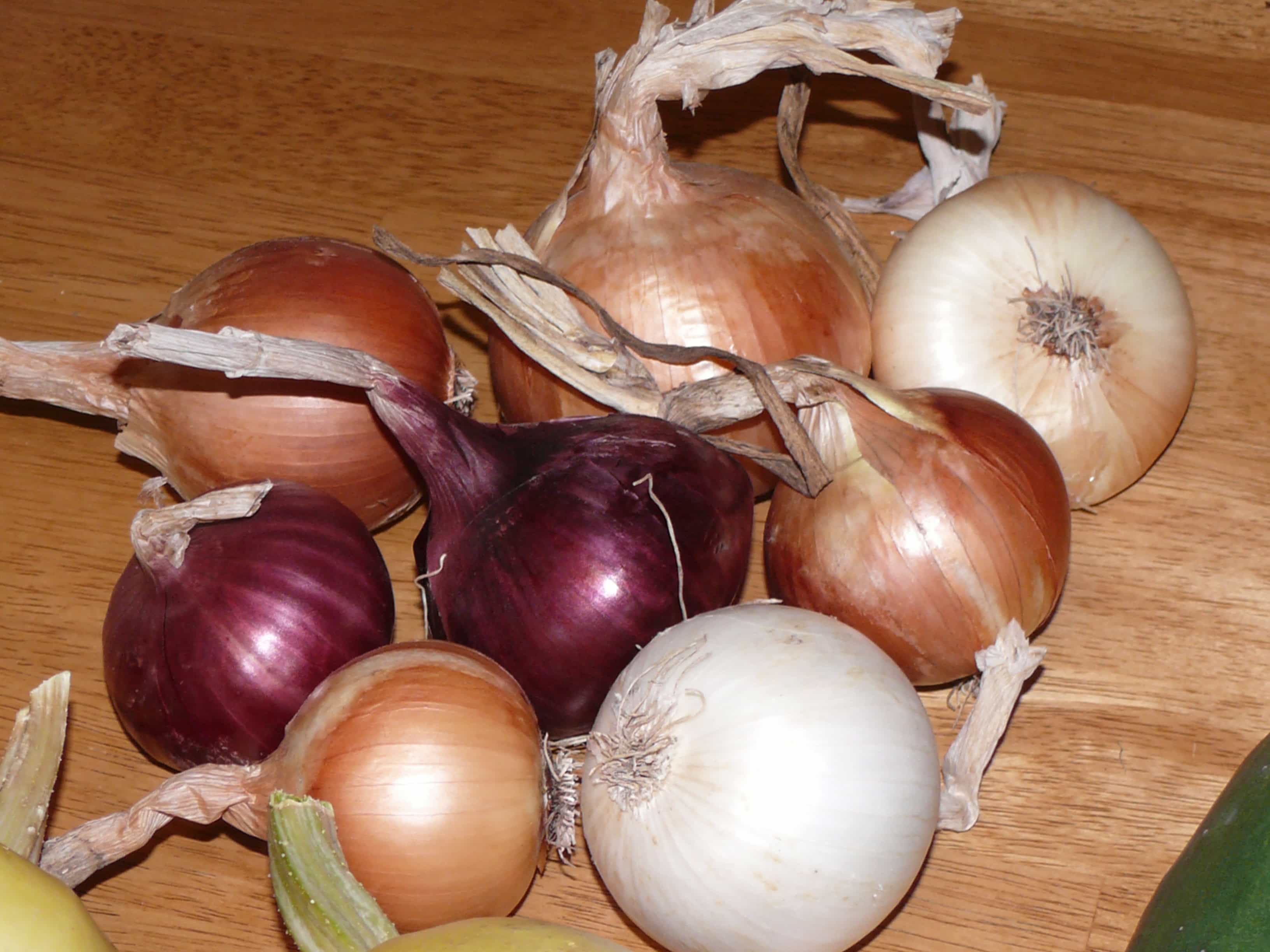 This year – I ordered 6 different varieties.  I tried my hand at long day varieties as well as my regular intermediate day varieties  with much success.  With more backups for onions, I couldn’t be happier. 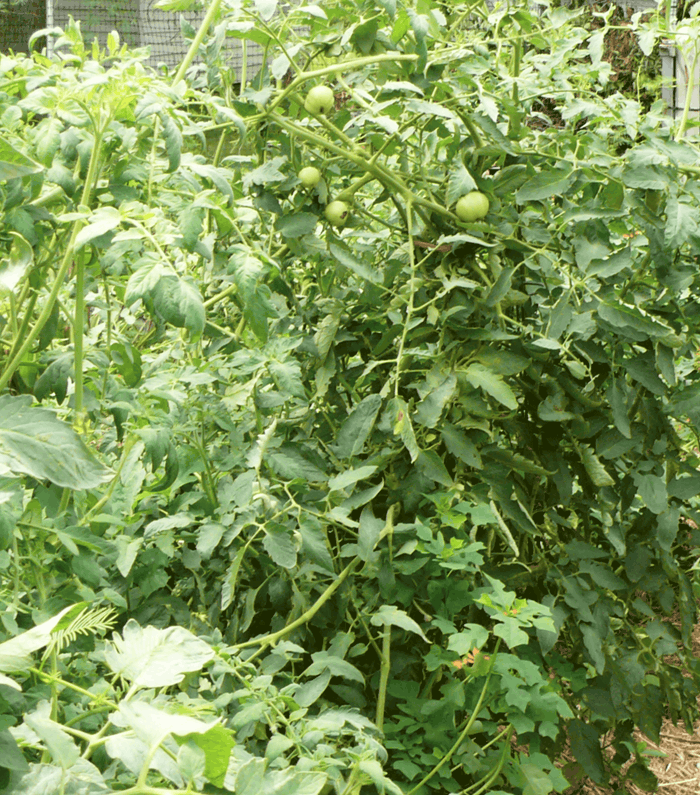 When my regular tomatoes are going great, I seldom touch my cherry tomatoes.  I will clean the vines of fruit to keep them producing, but other than that I pretty much ignore them.  When tomatoes slow down and the weather guy starts talking about frost and freeze my love for the cherry tomatoes ignites. By that time, they are going great guns and I can usually throw some remay over them easily and keep them going for several more weeks. 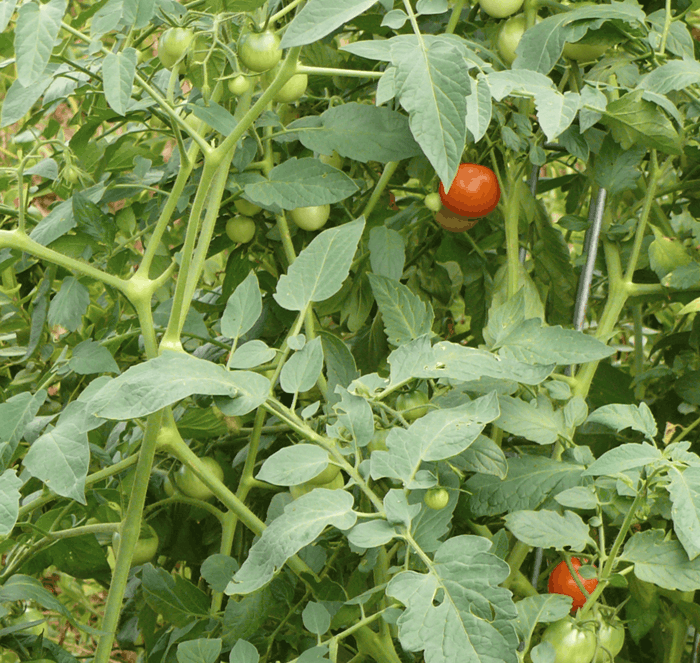 Since I grow about 50 tomatoes plants each year I don’t have the time or enough reemay (etc.) to cover all of them when a frost or freeze is expected.

It’s not unusual for me to have cherry tomatoes in the garden in November and in years past – even December.  When it gets too cold even for them, I pick as many as I can and bring them in under the same conditions I mention in my post on how to have fresh tomatoes through December.

Last year we had company come the first week in January.  He loves tomatoes.  I served fresh cherry tomatoes and he said, “Theresa! These couldn’t be from your garden.”  My answer — they most certainly are! 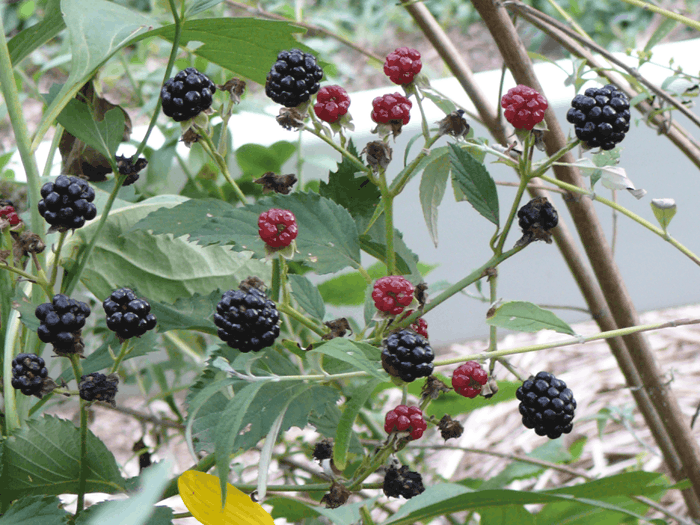 If you have the space, plant both raspberries and blackberries.  (They need to be 600 feet apart to prevent the spread of viruses that attack them both.)  I’m glad I had both this year.  My raspberries are drying on the canes with this drought.  My blackberries have been big and delicious and don’t even know there’s been a drought.

Or — if you don’t want both — plant the one you want in a different part of your yard/garden.  As with most things they’ll probably like one place better than the other.

Diversify and include early, mid-season, and late varieties.

* Staggered plantings can sometimes insure that you get a crop.  Any given time frame is different in many (sometimes subtle) ways than another time frame.

What happened to my peas one year will make the point:  I always stagger my plantings — usually 4 rows equals 4 plantings.  One year in a spring drought, the rain came too late to save the earlier planted rows.  It did save the last 2 rows and I still had a decent harvest of peas.  If I’d planted all 4 rows at the same time, I’d have had a total crop failure.

To ensure success, even Batman planned for backup.