As I’ve mentioned in several posts, in the garden it ain’t over till it’s over.  And no one knows that better than nature’s creatures.

Once the squash vines are finished, the squash bugs still hang out with the dead vines.  It’s the perfect opportunity to kill more of them so they won’t winter over.

Not many leaffooted bugs this year, but I tried to kill the few I saw. As fall approached, they tended to show up on the asparagus ferns as do the harlequin and stink bugs.

The harlequin bugs love to line up on the stems; sometimes as many as 8 or more – like turtles on a log in the water. 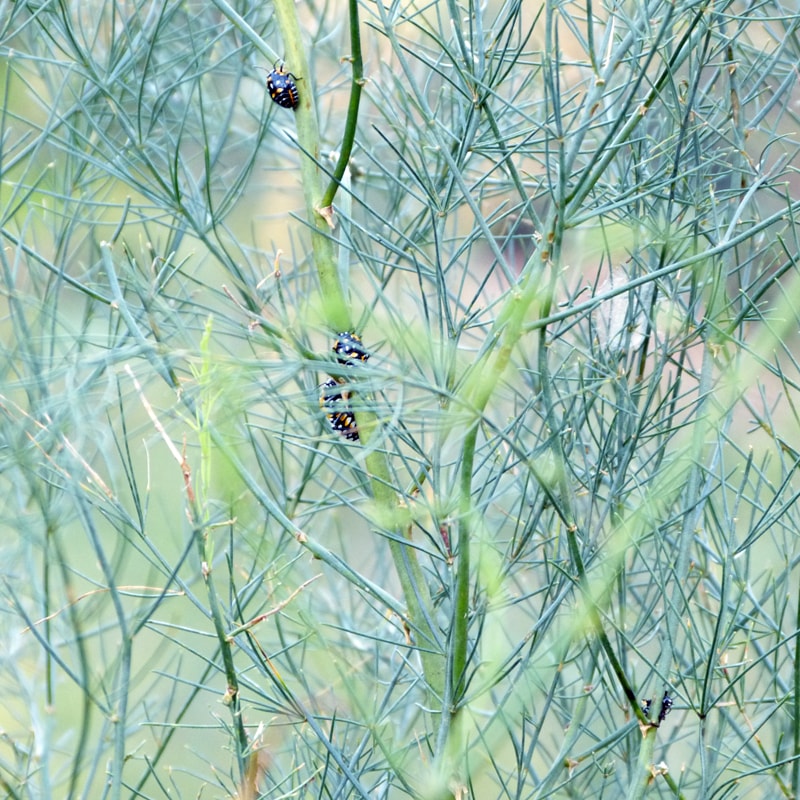 I still see the occasional stink bug on a tomato, but like the harlequin bugs they really like the asparagus ferns. 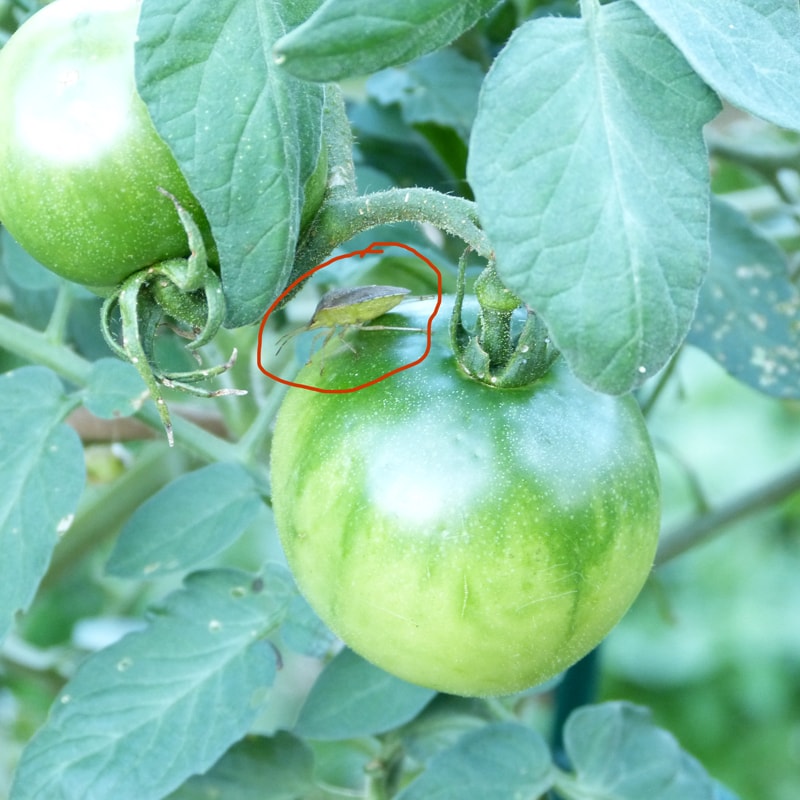 Stink bug on tomato in September.

I don’t know that these bugs do any damage to the asparagus, but knowing they’re gonna be there everyday helps me get the numbers down before winter sets in.

As you look over your garden each day, be on the look out for pests even though their preferred crops may no longer be in the garden.

Having the same persistence as nature’s creatures is a habit that will serve you well in tending your garden.

Squash Bugs – It Ain’t Over ‘Til It’s Over