I’ve been getting a few emails from various readers and I think the questions they’re asking are common to many more gardeners than just the handful that write to me.

I’ve said it many times, but it bears repeating: promotion to sell products has greatly influenced how most gardeners look at their garden and how they expect crops to perform.

I think it especially difficult for new gardeners because they’re starting at ground zero and have no experience to build on. They go searching around the internet to find answers and a large percentage of what they find is the “same old, same old” but not necessarily true.

And when you start working with nature – you’ve really got a different ball of wax (than in conventional gardening and conventional advice).

In all my years of gardening, conventional gardeners I know usually have most crops before I do. They all seem to have lightning fast growth and production. But when all is said and done with their garden, mine is always still going and my plants are still bearing long into fall even in drought.

Points to Consider About Slow/Fast Growth

Garden Observations from This Year 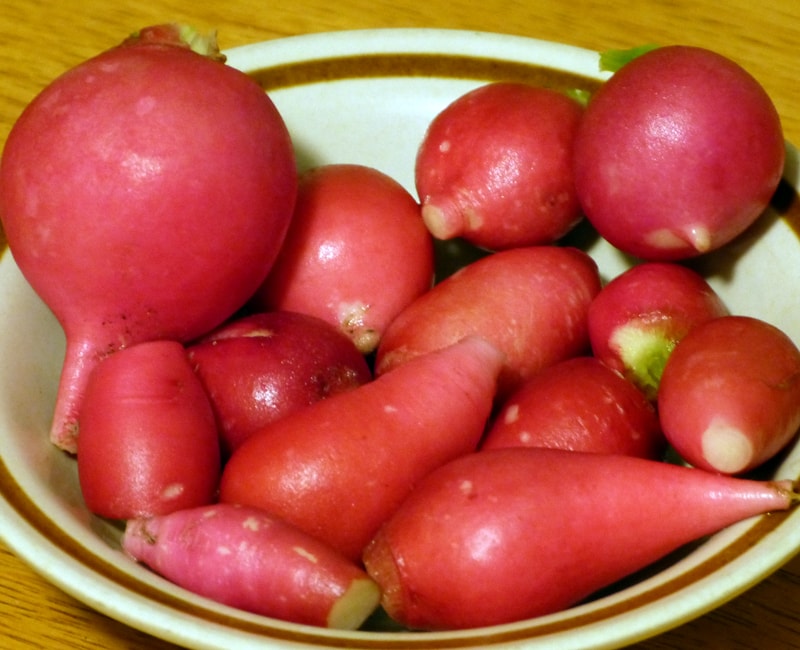 My daily ration of radishes.

In February I started radishes in jugs. I transplanted the seedlings to the garden at the end of February. It was cold. They sat there for what seemed like forever and did nothing. Finally conditions changed and I got radishes. It was wonderful.

By that time, I was direct seeding various spots for more radishes. They germinated relatively quickly. Then they sat there and sat there.

The radishes grew. For weeks I’ve been enjoying at least 12 nice sized radishes each day.

Still, there are some out there that formed large tops but never formed more than a thin sliver of red where the radish should be. That happens to a small percentage almost every year.

How big radishes get can also vary according to the variety.

I just picked a German Giant today that is literally the size of a lemon. They’re my favorites because even when the temperatures rise they don’t get pithy as quickly as other varieties. 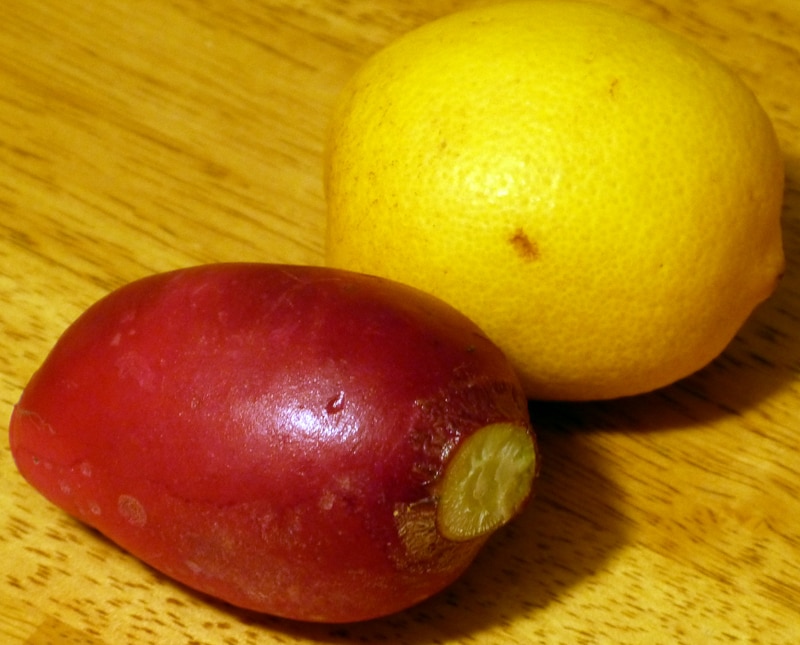 German Giant Radish and a Lemon

I started beets in jugs as early as the end of February. I transplanted to the garden the first part of April. They sat there. It was late May and early June before I had good sized beets. 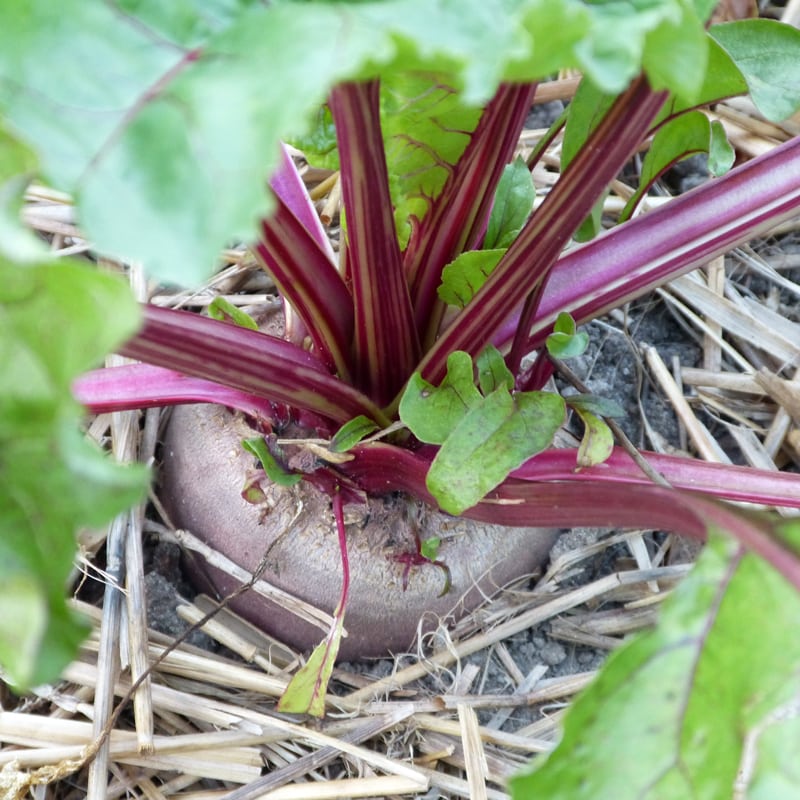 Transplanted seedlings of 3 varieties  to the garden April 19th. They remained tiny for weeks. It was the end of May before they looked great. 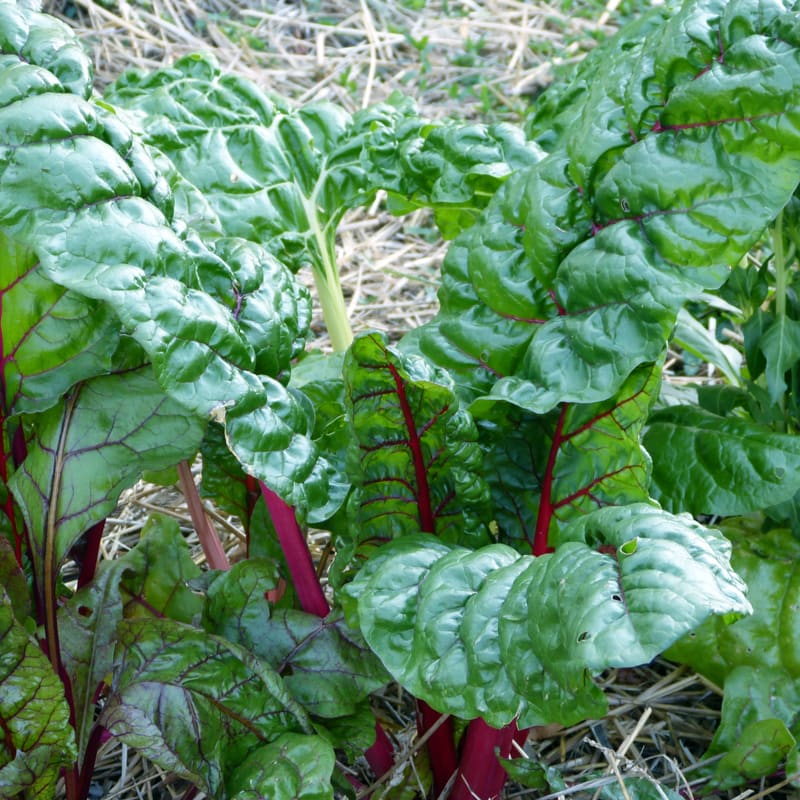 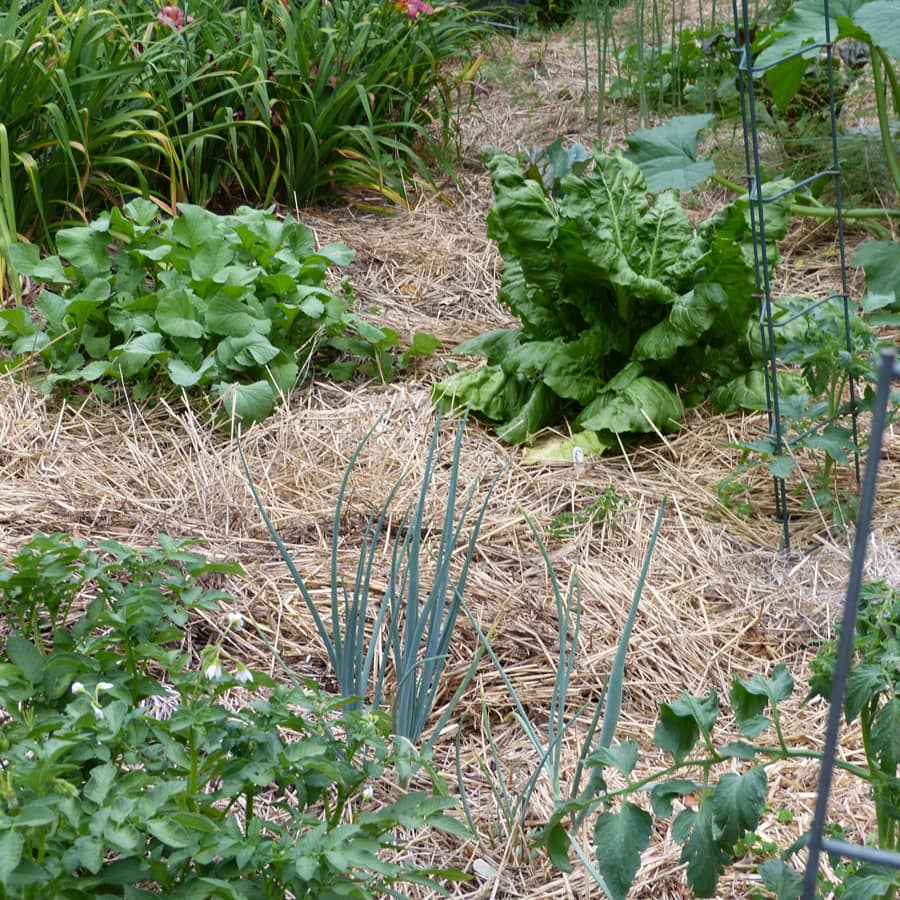 Started seed at the end of April and into May. Transplanted to the garden the first of June.
They sat there for about 10 days. Most varieties took off after than and are about 2 1/2 feet now and have blossoms. 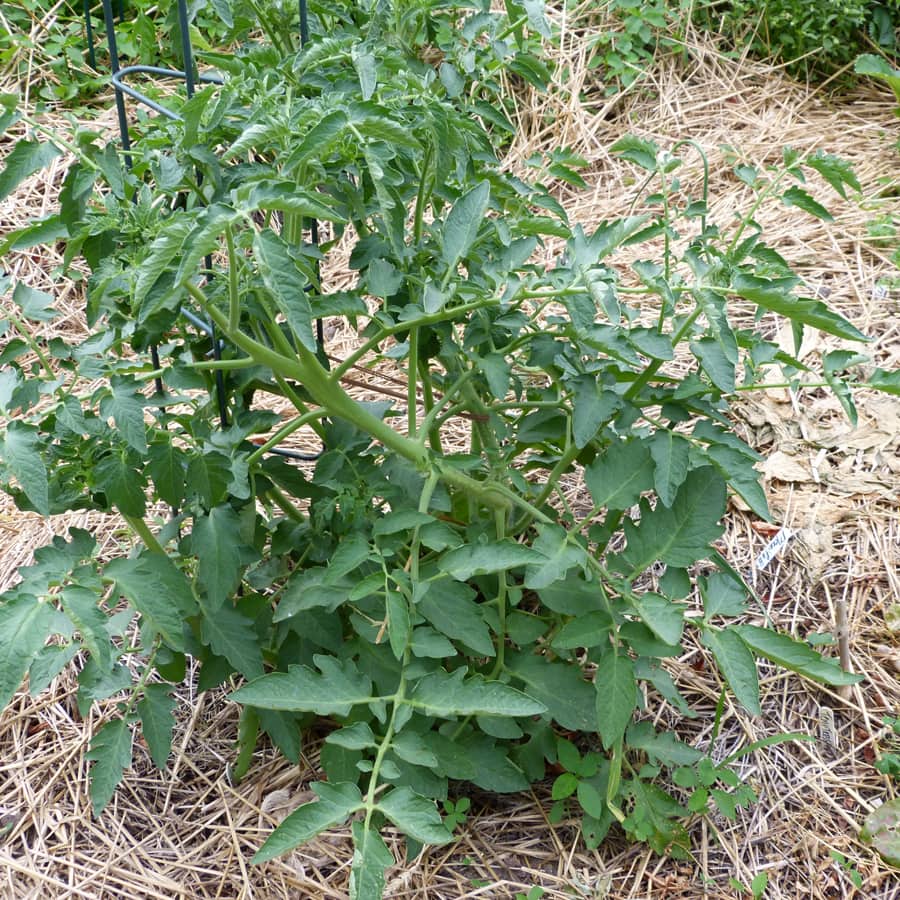 Started in May. Transplanted in June.
As usual the most growth thus far is to about 8 inches. Not to worry. They’ll be 5 and 6 feet before I know it. (You may enjoy reading my post Peppers, It Ain’t Necessarily So ) 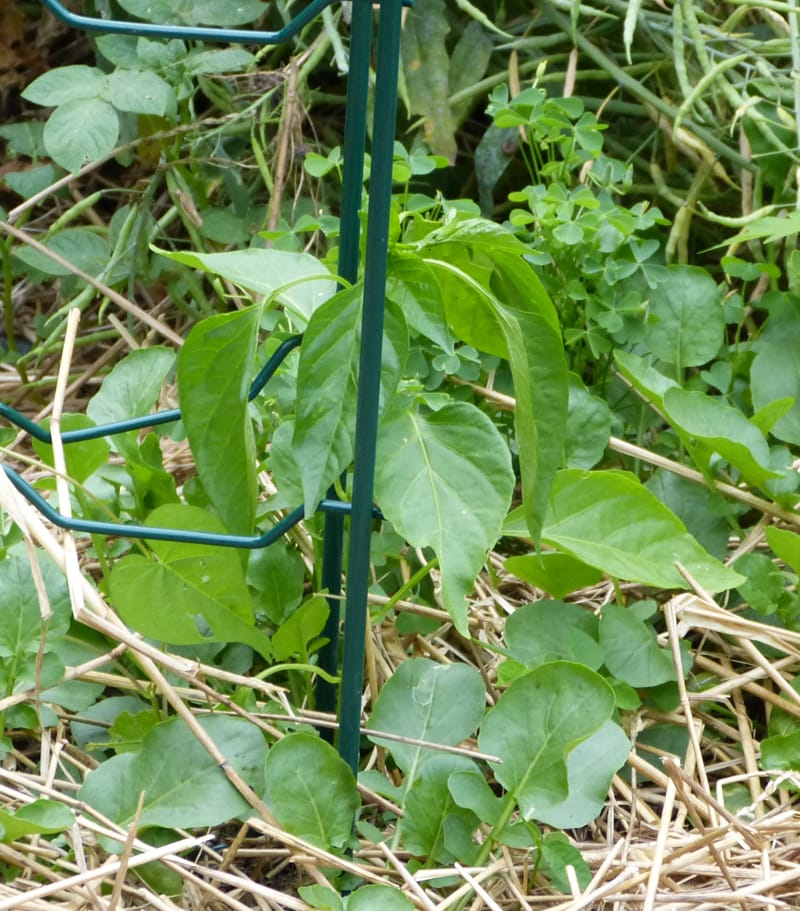 Onion transplants established themselves faster this year than I ever remember.
Potatoes grew with lightening speed.

Both crops loved that rain we received just at the right time for them.

One reader sent a picture of her squash plants: 2 or 3 puny leaves and a huge blossom. She said, “This can’t be good. The plants are only 6 inches high.” My squash looked identical to hers.

This is my squash now: 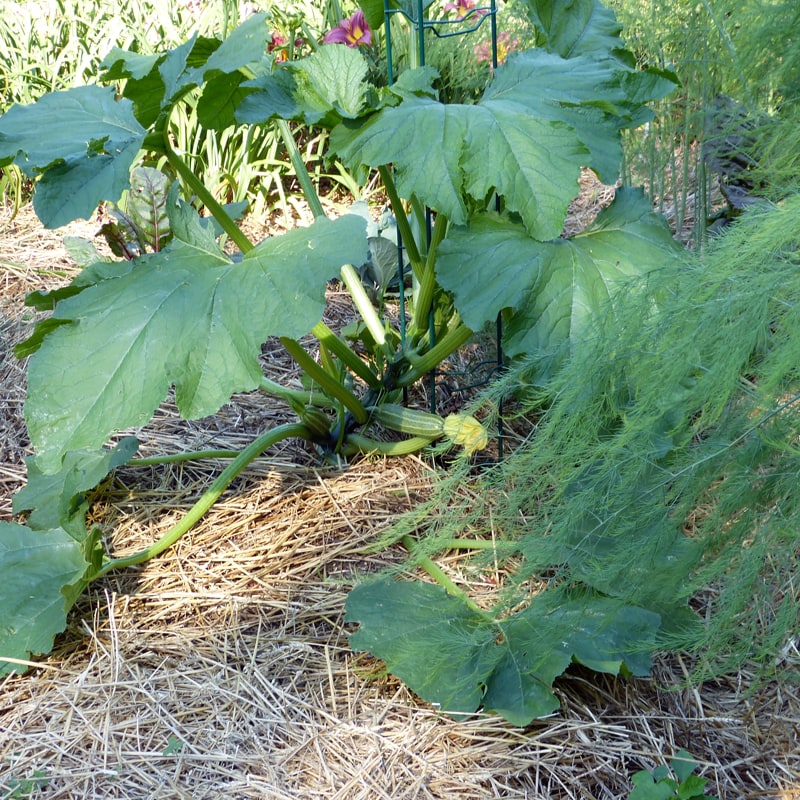 One of the biggest things you hear about squash is having too many. It’s hard for me to believe that’s a problem because it’s so easily remedied.

Hybrid varieties of squash are bred for abundant production. Growing an open pollinated variety will usually remedy the problem and get you more nutritional value to boot.

If it doesn’t remedy your problem there are other things you can do:

Transplanted to the garden about a week ago.  Still small.  But they won’t be for long. 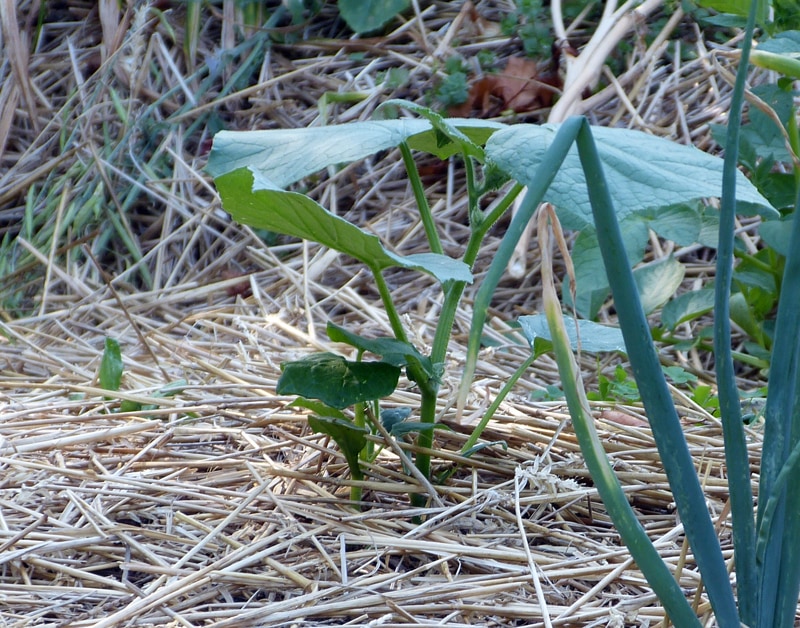 Most of my berries come from 6 bushes.

In prior years we’d eat as many as we’d freeze, but I’d still end up with about 3 to 4 gallons for winter.
This is the first time in 18 years that I’ve had the amount of blueberries lessened by a late frost, so I’ll probably end up with 1 to 2 gallons this year for winter.

I never did get to cover the bushes. I’ve seen a few birds get some, but for the most part they’re leaving them alone. Might be because of the rains we’ve had and the birds are not using the fruit for a moisture source like they usually do. They even left the strawberries alone this year.

One thing I hear a lot from readers is that their bushes don’t give them many blueberries. I often wonder if that’s really the case or if they just underestimate the power of a little.

When I pick in the AM it always looks as if there won’t be any berries for a PM picking. But more are there to surprise me when I go out to pick again.

The point is that my berries come little by little. But they add up to gallons. 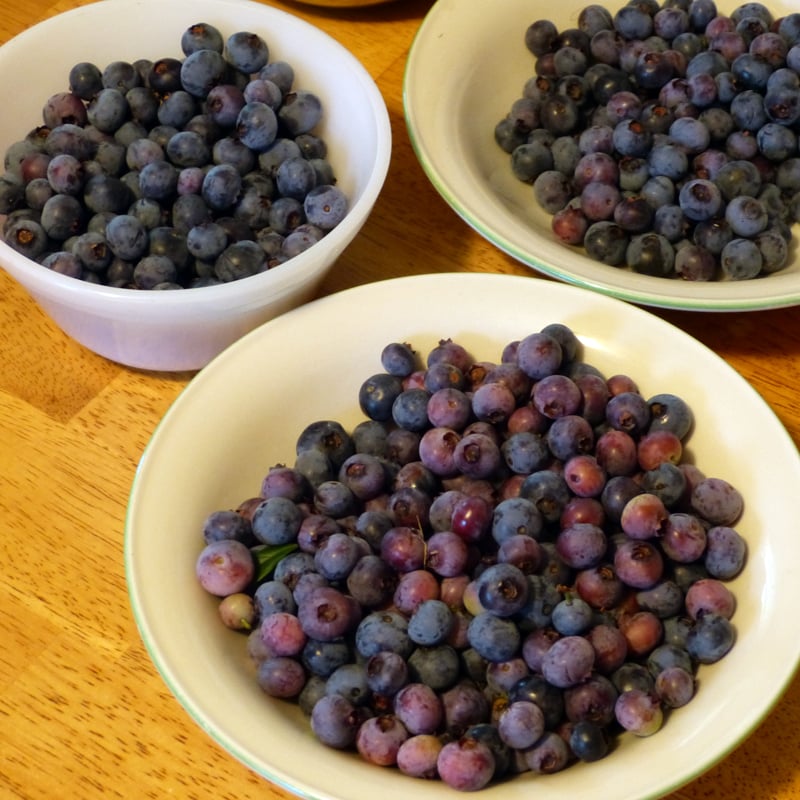 I hope some of my observations and comments answered some questions you may have had and helped you to see your garden with a fresh perspective. 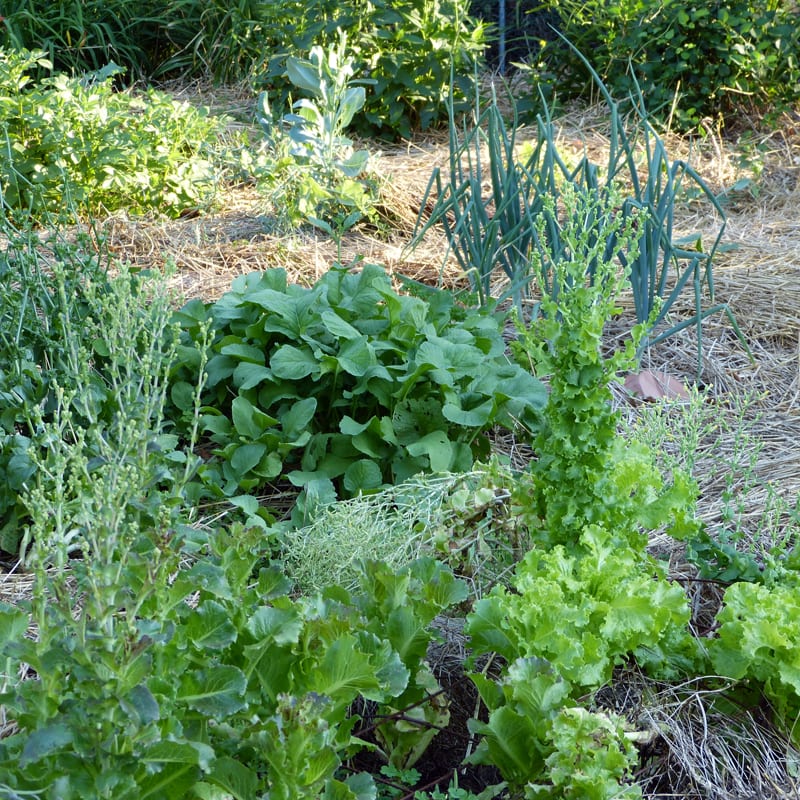 I’m still enjoying lettuce from these plants even though they’re setting seed.  Another radish patch is in the middle of the picture. 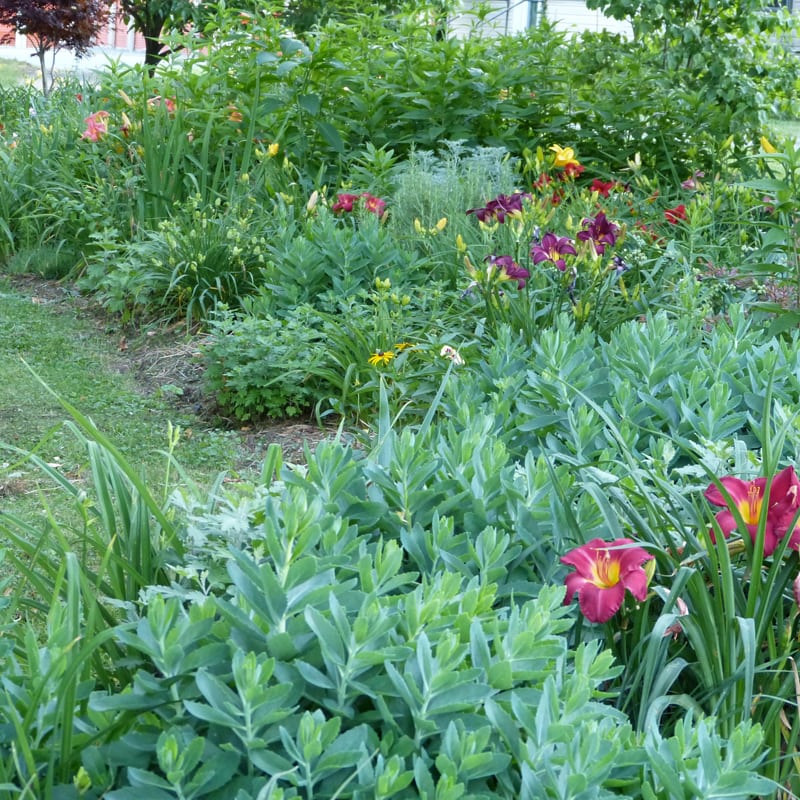 A section of one of my borders.