Just when I thought there was nothing else to say about an abundant tomato harvest or storing tomatoes ……here’s more.

In July and August it was so hot that many things would not pollinate or set fruit.  My early tomatoes gave me a July crop and then sat without producing more tomatoes —-as did my late-planted tomatoes.  At one point I thought for sure this would be the first time in 32 years without tomatoes in the fall. 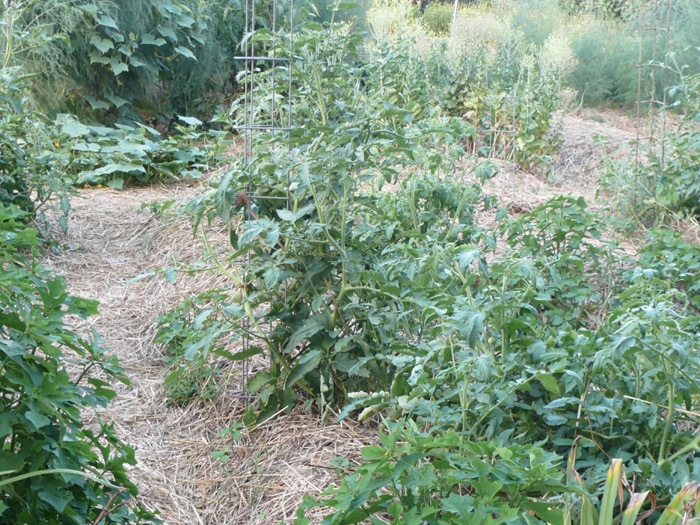 After two months of severe drought the plants looked great — but no tomatoes!

Then we had just a few days of relief.  Temperatures dropped about 10 degrees, blossoms came,  were pollinated and set wonderful fruit. 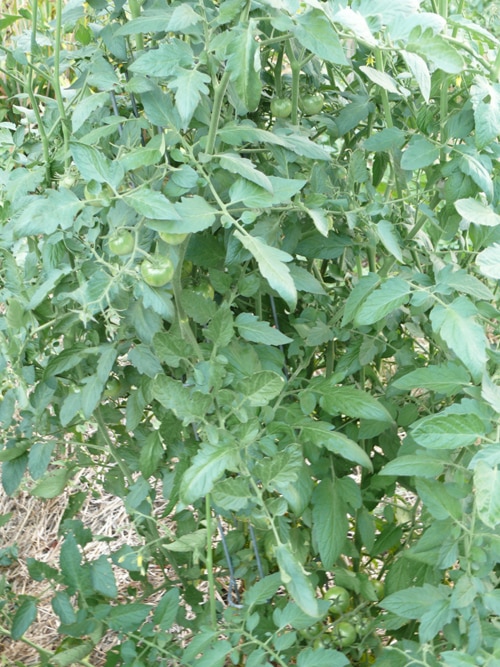 The minute we had a reprieve from the high temperatures, my plants set fruit.

It got hot and dry again but my tomatoes looked wonderful and kept right on growing. By the time frost/freeze was expected I had probably a thousand tomatoes (total for about 30 plants), most of which were green.

I picked several hundred and shared some with a friend whose tomatoes had stopped producing some months ago. He and his wife were amazed that tomatoes picked green had such a wonderful taste to them after they ripened. They had always thought you couldn’t get that kind of taste unless it was ripened on the vine. (I think home-grown and method-of-storage is the key, rather than vine-ripened.) 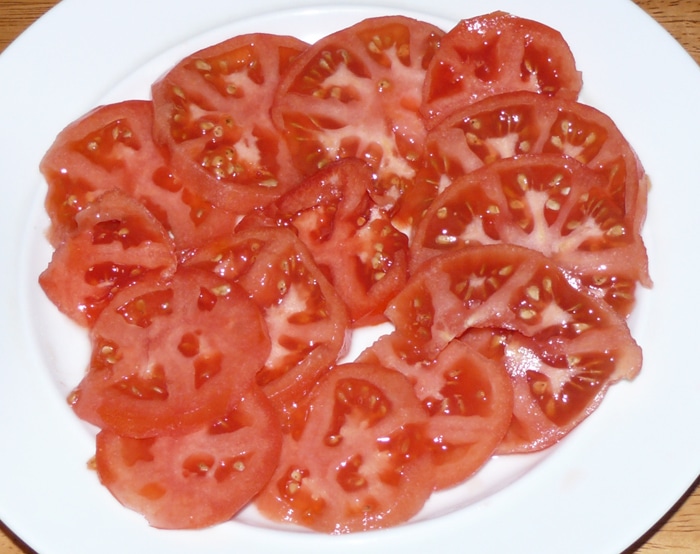 Sliced for lunch December 14, these tomatoes were green when I picked them the first part of November. They have all the taste of a July tomato.

My “storage” area (cooler than the house, but warmer than a garage) was filling up quickly.  When I didn’t have room for any more I decided to experiment.

Here are some findings that helped me and might help you to be even more successful in having fresh tomatoes through December and possibly into January ——if not this year, then next. 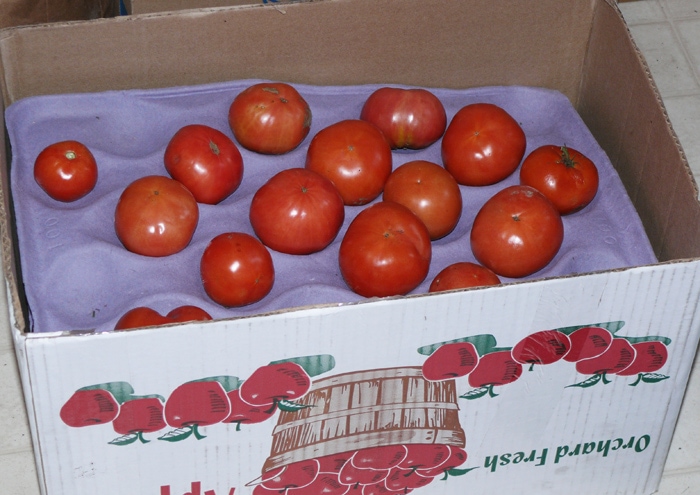 These tomatoes were picked green in November and have ripened. 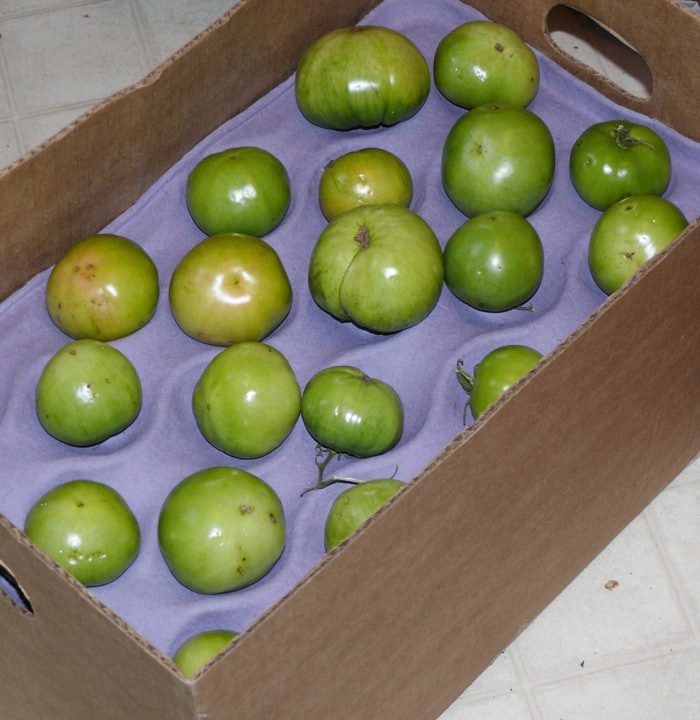 If you have not already done so you might want to read my post on How to Keep Tomatoes Through December for Eating Fresh for more necessary details.