If you’re north of the invisible line dividing our country, you’ve probably already had frost and even a hard freeze.

Here in zone 7 we usually enjoy a longer season.

When we lived closer to the water years ago, it was not unusual to be picking tomatoes in mid December.  Then we moved to our current residence 7 miles inland and frost came a few weeks sooner.  In the last few years it’s come in October which is way to early to suit me.

At least this year the warmth lasted through October and only tonight is frost expected.

According to the frost/free map my area is right on the line for frost so it could go either way.

Since I didn’t have as much time this week as I would have liked, I picked only the biggest and best.  Everything else I left (and didn’t cover) hoping that maybe it would make it through. If it does, the warm days yet to come will increase my harvest and extend “fresh eating” season even further. 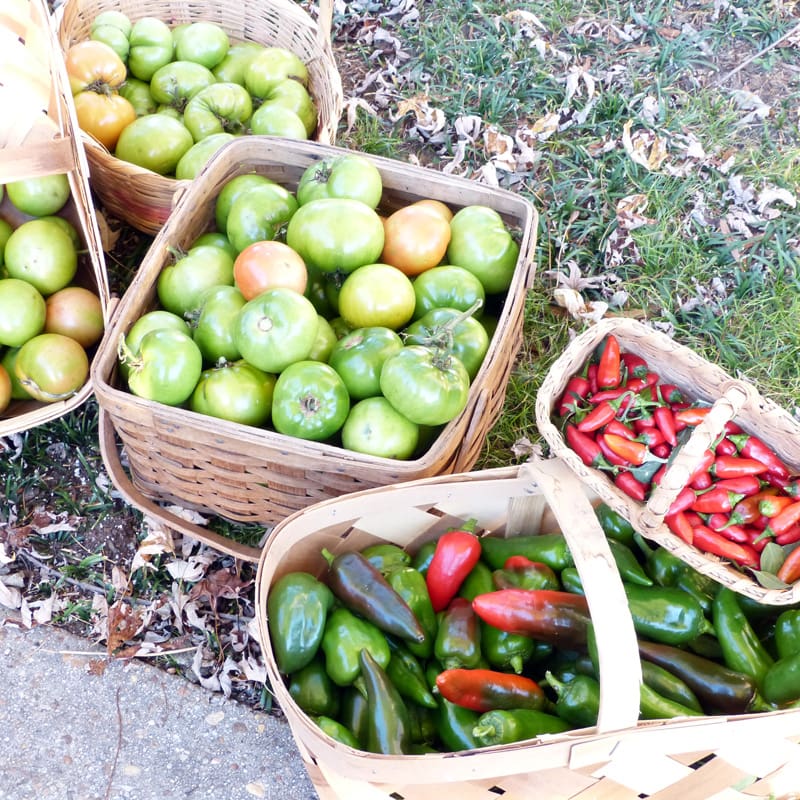 I need to finish positioning my row cover fabric so I’ll be ready when temperatures fall below 32ºF.

Just in the last week mache is making an appearance!  (Yeh!)

Chards and lettuces planted for my fall/winter/ and early spring gardens are doing great this year.  Hope that continues. 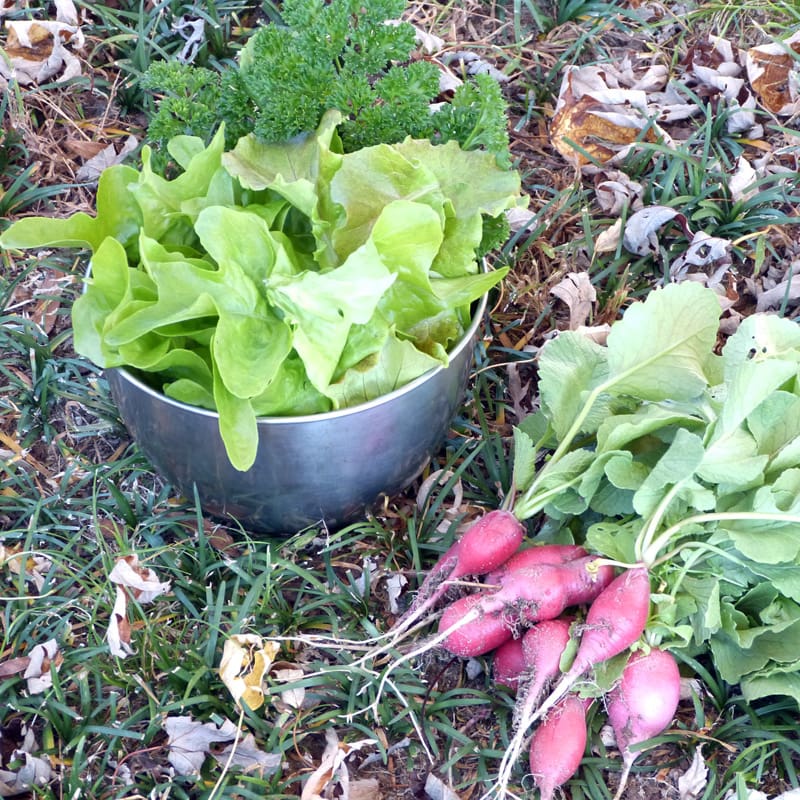 Whenever you have time, give some thought to the various things you can do in your garden now to prepare for next year. It will save you a lot of work next spring.

I listed two posts at the end that address that in more detail in case you want to review them.

Sometimes it’s hard to make myself go outside because of other things that are more pressing or because it’s cold, or because, because, because.  But I panic when of think of breaking that habit that gets me out there even if only for a few minutes a day.  (It’s easier to keep a good habit rather than to have to reestablish it.)

That few minutes each day, every day, makes all the difference in what I’m able to get done in a year’s time.

Many of you have written to me and told me that you’ve adopted my mantra “never underestimate the power of a little.”  In case you’re new to TMG and don’t know about that, I’ve included the link to the post so you can review.

Let me know how you’re doing and what you’re doing.  And always feel free to ask if you think I can help you.

Never Underestimate the Power of a Little

Mache – Why Grow it and Secrets to Having Enough