Currently I’m planting buckwheat in the garden as a cover crop in beds that contained spring peas, lettuces, or onions this spring.

Although fundamental truths for success in gardening remain firm, techniques to obtain those can vary with each individual. In this post I’ll share techniques that may give you ideas about how to save time and simplify your plantings.

The post that tells you what I grow and gives you various pieces of information that might help you simplify things in your garden is still being written. 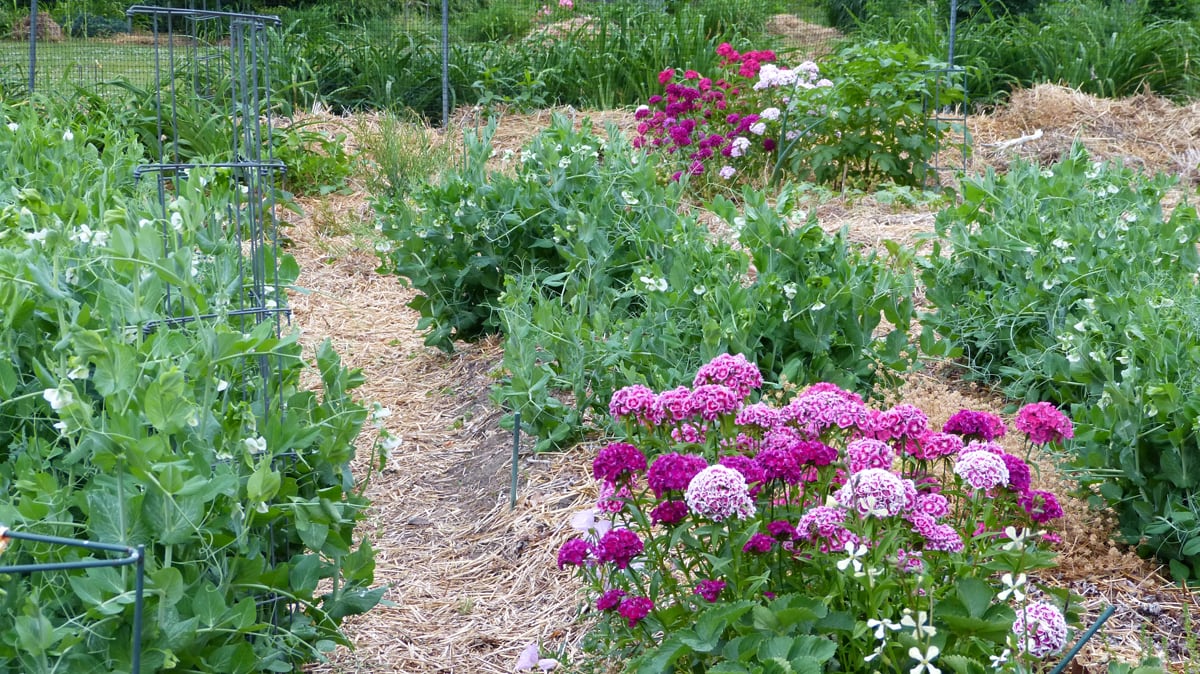 3 rows of peas in bloom on May 25.  The flowers are Sweet Williams (a Dianthus).

After the Peas Finish

When the peas finish I pull the vines and lay them on top of the bed.

You can also cut them and leave the roots to decay in the soil. And then sow seed over them.

It was mid-June before it was convenient to sow buckwheat in the beds. The dried pea vines I push to the side of the bed to finish decaying. (Seed can be sown over the dried vines if you leave them in the bed.)

Seed germinated within a few days. 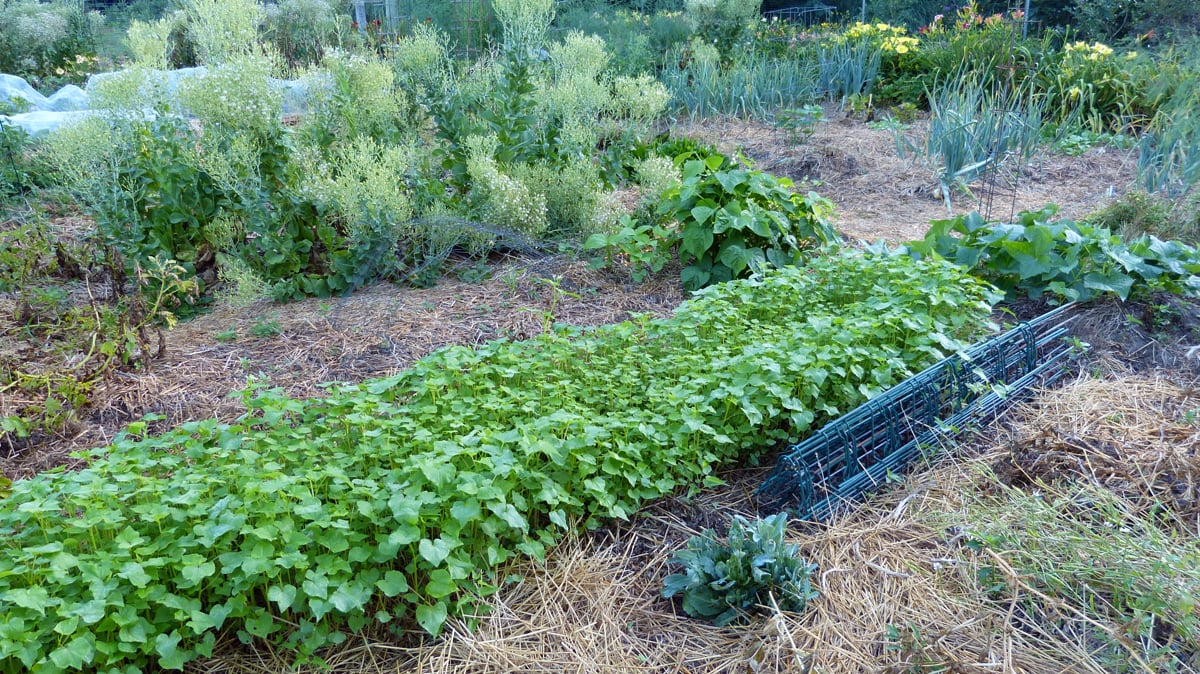 June 30 – Buckwheat planted mid June in row #1 where peas had grown  (as indicated by the red #1  in the next picture). At the end of the buckwheat is a young cucumber plant. At the top left of the picture is a row of lettuce (planted last fall) that is setting seed. At the end of the row  between the lettuce and buckwheat are Tenderette green bush beans.  Top right of picture shows onion beds.  Some of the early onions have already been harvested. Late onions come in later; even into late July. 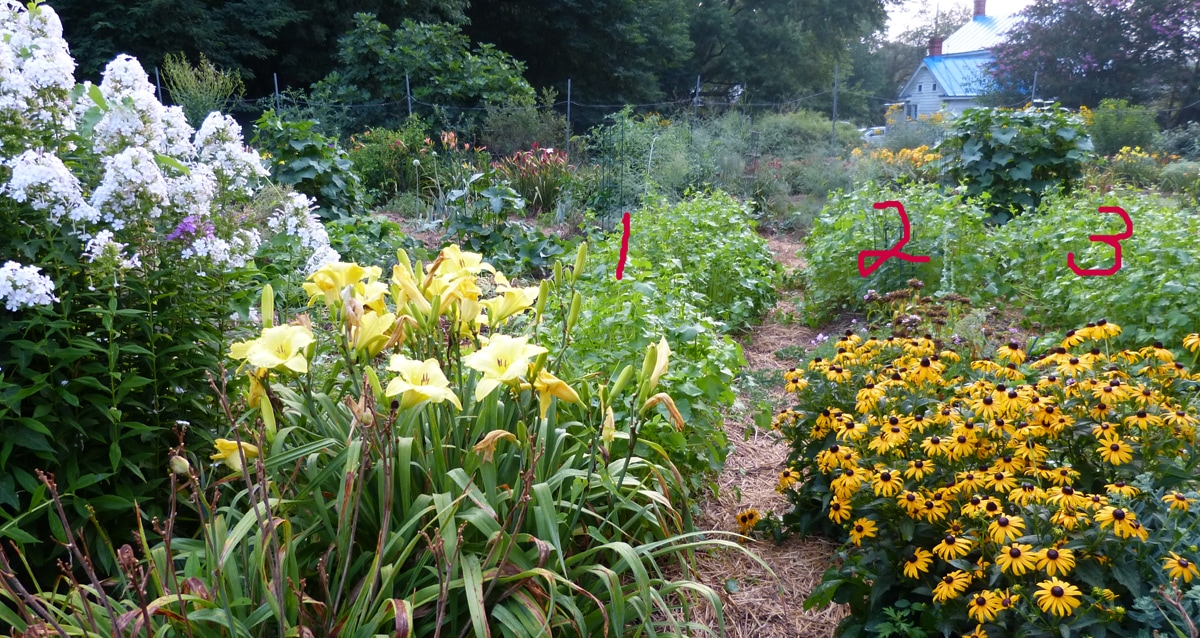 Another view of Buckwheat reaching maturity (on July 20) in the 3 rows that contained peas as shown in the first picture. (You’ll note the Sweet William has finished and Rudbeckia is now in bloom in its place.)

When to Cut or Pull the Buckwheat

If you allow buckwheat to seed without collecting the seed you’ll have a lot of volunteers whenever conditions are right for germination.

The good thing is – buckwheat is easy to pull up.  But it’s time you could spend doing something else. 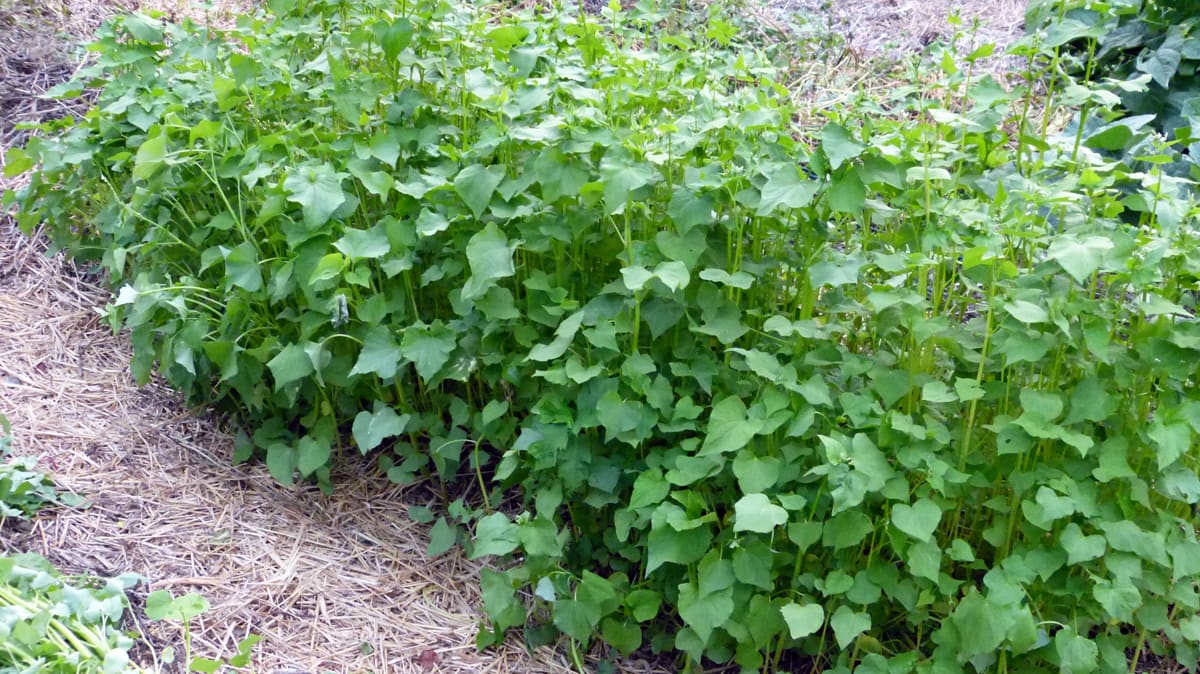 What Do You Do with Buckwheat after Cutting or Pulling It?

I pulled the buckwheat the day I took the picture and laid it on top of the bed as shown in the picture below.

This took 5 minutes at most. 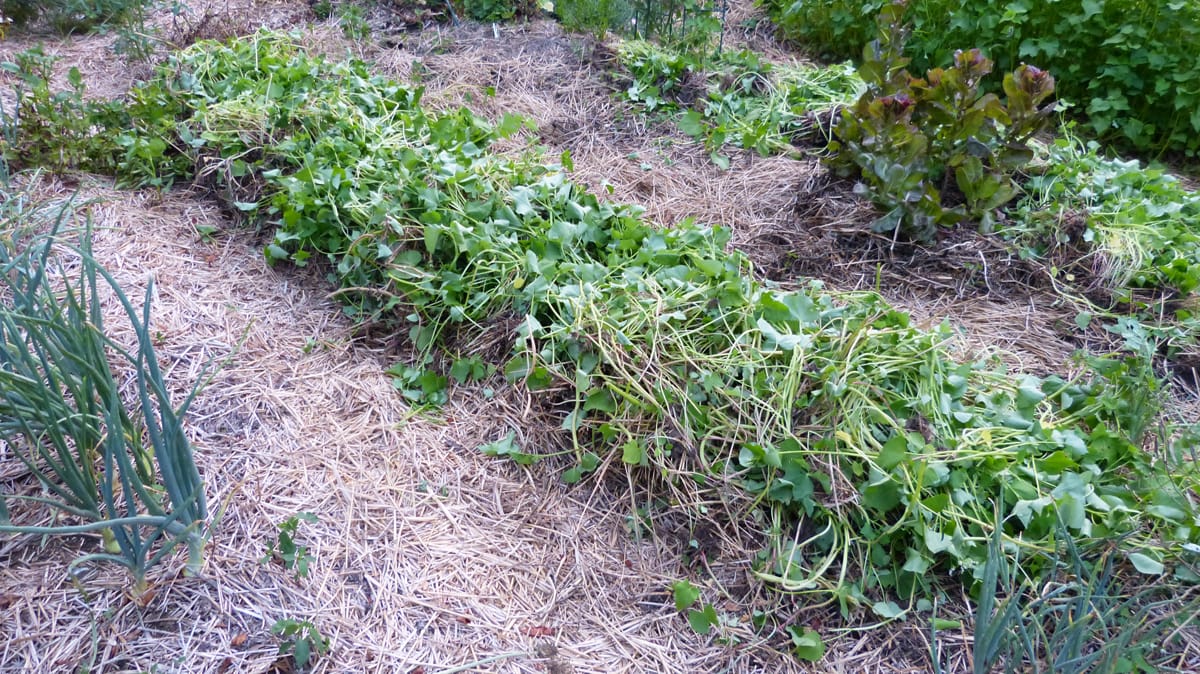 Buckwheat just pulled and laid on top of bed.

Now pea vines and buckwheat will replenish the organic matter in that bed after they decay.

(You’ll note I did this with a minimal amount of effort. No digging or turning under stuff.)

I like to top off these two layers with a layer of straw if I have enough.

Buckwheat Seed for Next Year

Before the season ends I’ll plant at least one row for seed saving.

All plants put a lot of energy into producing their fruit (in this case their seed). Thus, cover crops probably won’t add as much to the soil as they would before they set seed.

Those tall stalks of lettuce shown flowering in the second picture of this post have finished setting seed.

I cut most of the stalks at the base and left the roots to decay in the soil. That day was a busy one so I didn’t cut up the stalks.  Just laid them on the bed.

Dried lettuce stalks laid on the bed over the straw that was already there.

Pushing the lettuce stalks to the side of the bed, I sowed the buckwheat seed over the straw that already covered the bed.

Yesterday it was starting to germinate. 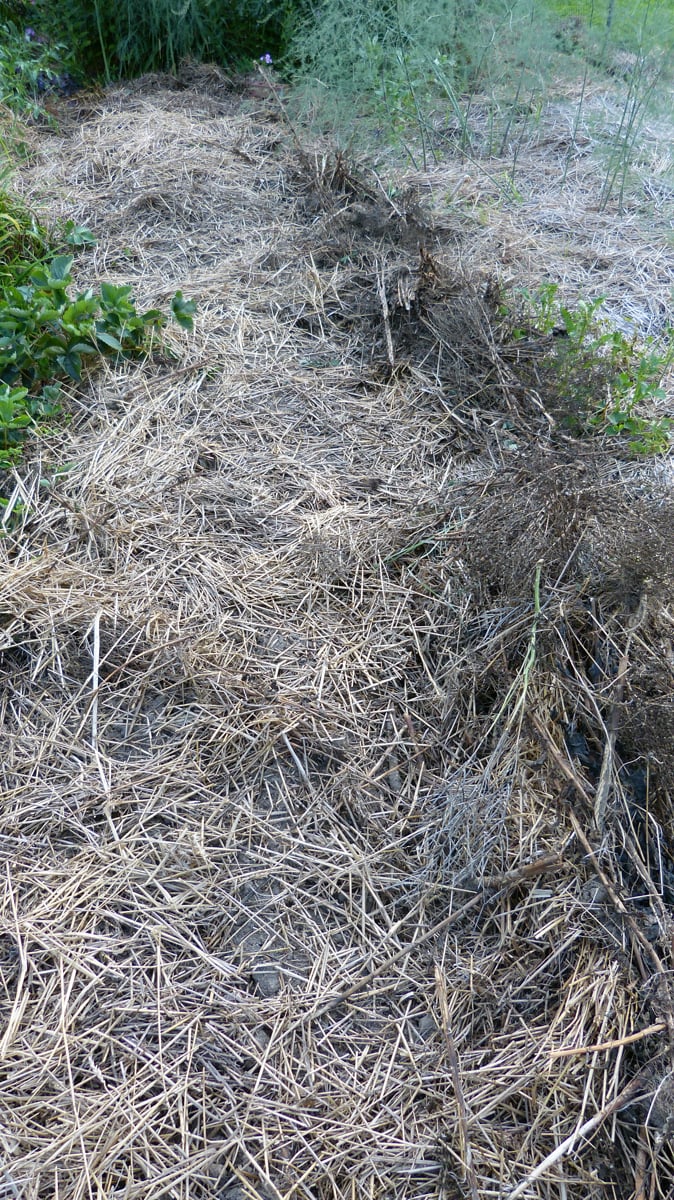 Finished lettuce bed just planted with buckwheat over the straw already there. The dark brown to the right is the decaying lettuce stalks.

Day before yesterday I sowed buckwheat in the onion beds that were empty. (The second picture in the post shows the beds with onions in them.)

Hauled in some more straw for another light covering on top of the buckwheat seed since straw was sparse in those beds.

Simplifying how you garden makes it easier and more enjoyable.

Things never have to be as complicated as many seem to think.

A Reader Writes – If There Can be But One