In the world of garden information you can find all kinds of remedies for almost everything that ails your garden. You know how it goes: add a little of this and little of that and it’ll cure whatever problem you’re having at the time.

Bill was talking to a friend of ours the other day who has blossom end rot on his roma tomatoes. Someone had told him the tomatoes needed calcium and to add lime to his soil to supply it.

That kind of advice is a stab-in-the-dark quick-fix for a problem you don’t even know exists.

I’m not sure exactly why we all fall for that kind of thing, especially when we’re new to gardening, but we do.  I did, for at least my first decade of gardening.

Fortunately for me (and for you too if you follow along my path) I finally realized that all you need to do for probably 99.9% of all garden problems is follow the principles of nature. That pretty much takes care of everything including blossom end rot. No need to buy extra stuff or spend extra time with it all.

Just About Every Gardener Has Dealt with It

As I mentioned in a post back in November of 2012, I can’t say that I’ve never had blossom end rot (BER), because just about every gardener has at one time or the other.

In case you’re one of the few who have never seen BER, it’s a brown-black sunken area that appears on the bottom of the tomato.

Thinking back over 36 years of gardening, I remember at least one or two years it was prevalent on my tomatoes. Every once in a while I’ll get it on some of my peppers.

But for the most part, I’m just not bothered with it.

The First Tomatoes to Form Might Have BER (Cause #1)

Most years at least a couple of the first tomatoes that form have BER. According to the folks who research all that stuff, that’s due to the extremely quick leaf growth in the spring and the plant needing more calcium than it can take up. The soil can have plenty of calcium in it, the plants just can’t utilize it that quickly.

When this is the case, the plants outgrow the problem and resume setting perfect fruit.

We’re only half way through tomato harvest and I’ve already harvested over 1,000 tomatoes this season without BER. A very normal occurrence in my garden.

Some Tomatoes are Genetically Prone to BER  (Cause #2)

Paste tomatoes like romas are prone to BER more than regular tomatoes.  I grew opalka paste tomates a couple of years ago and lost several dozen tomatoes to blossom end rot.  The other hundred or so were perfect.

Even some regular tomatoes can be prone to BER.  Make a note not to grow that variety again if you find one that is prone to BER.

Paste tomatoes, window box romas. No blossom end rot. All of them have been close to perfectly formed. Picture taken September 4th. 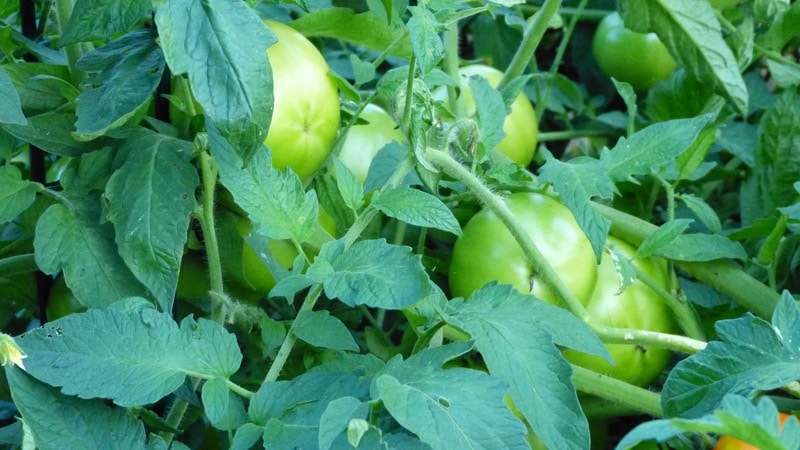 This is the cause that is probably listed by the “experts” as THE most common cause of BER. The reasoning behind it is that water transports calcium through the plant. Thus, with not enough water, calcium can’t move quickly enough to the fruits.

I think the promotion of this cause makes most gardeners think they can’t grow tomatoes without watering.  I’m living proof that’s not true, along with a lot of other folks who dry-farm (do not water) tomatoes.

We have drought in Virginia every year.  (I thought this year would be the exception, but here we are at the end of the summer and in drought conditions.)  Our droughts last an average of 4 to 6 weeks. Some less and some more.  I’m not set up to water and wouldn’t water tomatoes anyway.  Mainly, because they pretty much tend themselves if you’ve done your job of preparing and covering your soil.

In spite of drought conditions and not watering my tomatoes, I harvest literally thousands of tomatoes that are perfect and free from blossom end rot.

Other Contributing Factors to BER

The following things are not causes, but rather things that contribute to the main cause which is the inability of the plant to get the calcium it needs even when calcium is already in the soil:

How to Work with Nature to Avoid Blossom End Rot 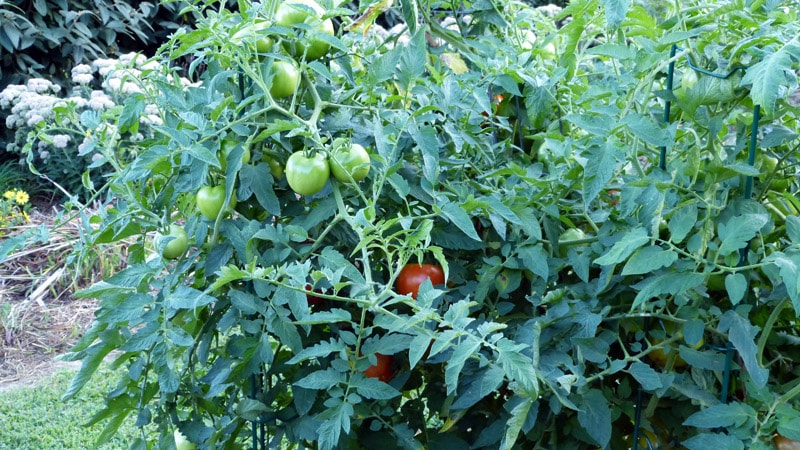 Regular tomatoes. This one plant has already produced well over 150 tomatoes with no blossom end rot. Picture taken August 29th.

As I mentioned at the beginning of this post, you can find all kinds of remedies and quick-fixes for almost everything that ails your garden including BER.

Just remember that nature loves perfect balance.  Adding a little of this and little of that without knowing what you’re doing can cause more problems than it solves.

Getting involved in all the chemistry and complicated details is something I don’t care to do. My part is the easy stuff like

Nature will handle all the complicated stuff for me.  And I can do other things that I’d much rather be doing.

Want to Garden Successfully – Look to Nature (on covering your soil)

A Readers Questions on Soil Prepartion