When I was making plans to put up this site and thinking about what I could offer that would be of value, I came across a woman who said she was “a freelance writer and avid organic gardner.” I subscribed to her email list to see what she was about and it was not too long before I unsubscribed.

The email that really pushed me “over the cliff” so to speak was one telling about howawful it was to have birds in your garden. I was dumbfounded that an organic gardener would say such a thing.  As I read on I found  she was selling some “bird scare” product and I guess she felt the only way to sell it was to tell her readers that birds were bad for your garden.

Most Birds are Allies

In my 32 years of gardening I’ve always enjoyed the birds and have had problems only about twice.  99% of my feathered friends have been allies of the finest sort: devouring a great many bad insects, and adding joy to my life with their beauty and antics.

I see bluebirds, cardinals, robins, sparrows of various sorts, doves, mockingbirds, and thrashers in the garden a lot.  Many other birds  inhabit our property and probably visit the garden when I am not around.

I don’t particularly care for the English Sparrows, because they fight the Bluebirds for the nesting box ——-even after the bluebirds have young in the box.

We have not had any problems with crows but I get nervous when their gang comes out of the woods to feed in the early AM. I’ve heard a lot of bad reports about them.

I grow berries.  The birds slash on occasional strawberry.  (Why does it always have to be the biggest and best looking one?) And they definitely take some of the blueberries, but the berries seem to be an addition to their meals — not the main course.

Teenage Birds with an Attitude Problem

An exception to this rule was two teenage mocking birds that definitely had an attitude problem.  They would wait until they saw me coming and then would fly to the blueberry bushes and start wildly pulling off berries —- ripe or not — made no difference.  They made a great game of it.  I didn’t think it was too funny.

I put nets over the bushes and low and behold they got under the nets.  One I managed to catch. The other got away and was not the least deterred by not having his brother around any more.

The last part of this story will be hard to believe but it is exactly what happened.

The next day this teenage bird was waiting for me when I came to pick berries. He waited until I came thru the gate. Then he dropped onto the blueberries snatching and throwing what ever berries he encountered. When I was within two feet of him he flew up and perched on a 6 foot post close by fussing and flitting.

This is the Unbelievable Part

Suddenly from the bushes that border our property – an adult mocking bird came over and sat on a perch next to the teenager.   He made some quiet mocking bird noises looking right at the teenage bird. They both flew away and I never had anymore problem.

I wonder what he said?

It’s almost as if he said something along the lines of , “If you know what’s good for you, you’ll go elsewhere to play and leave this gardener alone.” 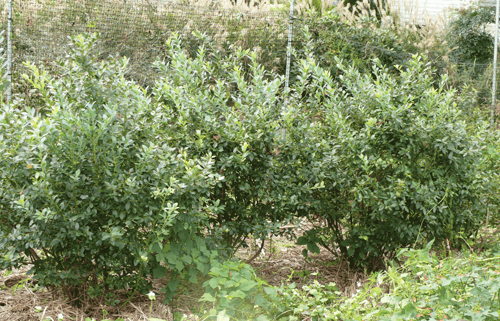 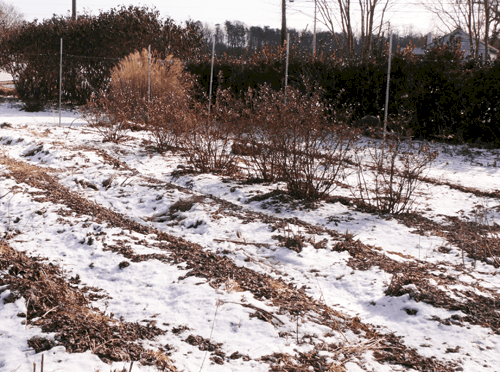 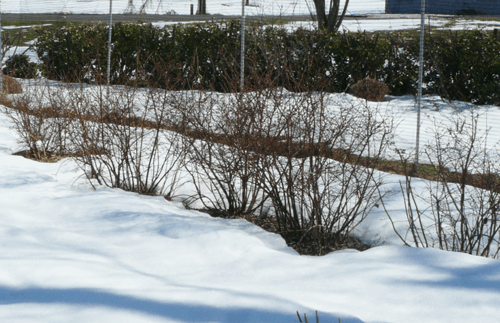