Insuring a Great Return of Investment on Your Effort

We lived in apartments in the city for our first 14 years of marriage.  Bill and I had never raised flowers or vegetables but doing so was one of our dreams.  When we moved from the city to the country we could hardly wait to “dig up” some ground and plant vegetables.

My first year of gardening started out in an area that was one foot above sea level and seemed at times to be one foot below sea level. During rainy times water would lay in puddles and sometimes remained that way through June. Herons and mallards frequented the yard like it was a pond. Then the heat would come and bake the ground.

As you can imagine it was not very conducive to growing anything.  To make matters worse the soil wasdense and mostly clay, which is probably the worse soil to deal with before it’s improved.

We started small with beds about 3 1/2 feet x 7 feet.  Our tools: two shovels, two trowels, a rake, and a pitch fork which were already on the property where we lived.  Bill of course could dig two beds (sometimes 3) to my one bed.

After the shovel passed the first few inches it was all yellow to orange clay. I remember thinking to myself: this soil will never give me anything.  Nonetheless, it was all I had to work with and I wanted to garden even if I failed!  I took off the first few inches of soil that were ‘dense but decent’ and put them aside and tried to at least break up the hard clay.  Sometimes I was not strong enough to get the packed clay out, so I just broke it the best I could. When I was able to get it out, I would put leaves,  pine needles, or straw in the bottom of the trench and then replace the clay. Then I’d add more straw (etc.) and place the ‘decent, but dense’ soil on top.

Because of not being able to break up the clay into anything but huge chunks and also because of adding large amounts of rough organic matter (the leaves, pine needles, or straw) the beds were about a foot higher than when we started.  Several people stopped and asked if they were graves!  Eventually the beds settled to about 2 to 4 inches above regular level.

It Didn’t Take Reading About it to Mulch

At that time I had never read anything about gardening, but it didn’t take reading for me to realize that all that ‘just loosened’ dense soil was going to be compacted again by the rain and crusted over in the baking sun leaving me with not much better conditions than before the beds were dug.  Out of desperation to protect my investment of time I covered them with straw or pine needles which worked perfectly.

It not only kept the ground soft, but added organic matter necessary to make good soil and feed plants.  (I never added lime or chemical fertilizers which probably still has my neighbors scratching their heads since that was traditional for most of them.)

It was not more than a year or so before the soil in the beds was black, rich, and friable for at least 6 to 10 inches down.  Herons and ducks no longer visited because the “pools” of standing water were gone.  When neighbors could not plant their traditional, bare gardens because of a wet spring, I could. My beds were moist, but well drained.  When the droughts came in summer, my plants always looked good —and I NEVER watered.

Over a period of twenty years we dug up almost an acre of ground doing little by little.  Our neighbors said the yard with its big trees and beautiful flowers looked like a park. When I sold perennials many customers would kid about “throwing in some of that good soil” to go with the plants.

I read later that what we had done was called double digging the beds.  Some folks think it is a must with every garden. Others say —-no way!  My opinion is – the worse your ground the more your need for double digging.

And if you can’t water a garden, double digging will help hold water for use by plants in dry times.

The experience set forth above taught me 3 things of primary importance when starting a garden or any new bed for that matter.

1. Keep your bed or border small enough that you will be able to manage it without going into overwhelm. If you take on more than you can chew the tendency will be to give up and you’ll have nothing to show.  If you take it little by little  – or as much as your time will allow (even if that is only 10 to 30 minutes at a time) you will be encouraged to continue and consistency will reward you.

2. Take the time to prepare your ground. You don’t necessarily have to double dig if your soil does not necessitate it or if you just plain don’t want to.  Nonetheless, your greatest effort in gardening should be in the preparation of your soil: getting the sod up, taking the grass out, loosening the soil, and adding organic matter in some form. By not shortcutting here you will have something to show for your efforts. Time spent in this step is one of THE MAIN ways to cut work to a minimum in the future.

3. Protect your investment by mulching. As mentioned previously, mulching will keep your ground from crusting. It will also add a continual supply of organic matter, not to mention almost doing away with weeds.  (Some sneak through now and then, but nothing compared to what bare soil allows to grow.)

These three things done well will give you more to show for your time and effort with each passing year; a tremendous return on your investment.

We are allotted only a certain number of springs. Lets get started! 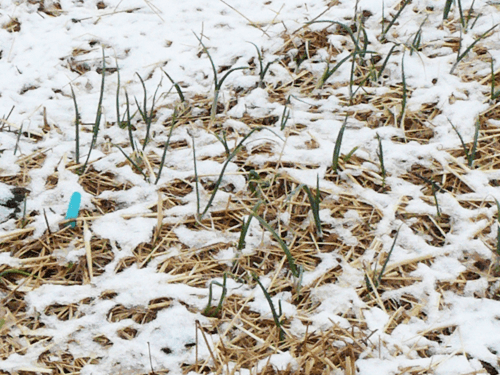 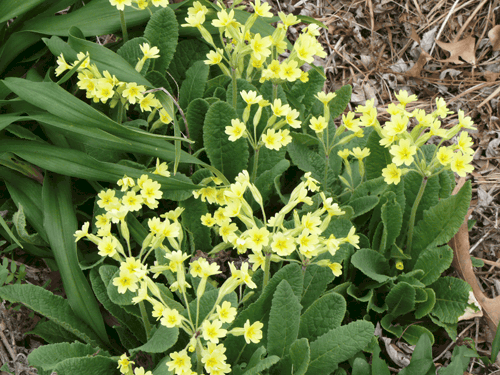