Having enough red peppers to eat one or two every day for months is one of the highlights of the growing season. Any pepper that I think is going to turn red before the season shuts down is going to be left on the vine to ripen. 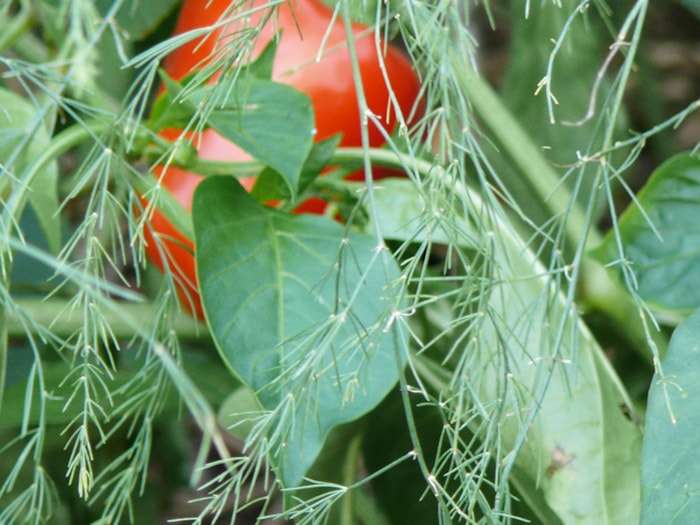 Bill and I could easily use all the peppers produced by 24 to 30 plants, but my garden can only accommodate 8 to 15 peppers plants at most.  (I also have to have room for lots of tomatoes, onions, limas, cukes, snapbeans and other stuff, since I love them just about as much as the red peppers.)

When peppers come in, I pick 1 to 2 green ones each day for fresh eating. At the end of the season, I pick all the green peppers and the ones I don’t use fresh are chopped and go into the freezer for winter use.  They taste even more wonderful in winter when produce from the previous season is dwindling. And since red peppers never make it to my freezer I use a LOT of green bell peppers in the winter.

I realized when I fixed dinner tonight that I’ve only got enough left in the freezer to last through February or mid March at the latest. I found myself starting to create possible strategies that would enable me to get more peppers from the same number of plants and make sure I end up with enough in the freezer to make it through until the next years harvest.

My first thought was to start peppers NOW instead of waiting until March.  Peppers can take 3 to 4 months or more to bear fruit prolifically, so if you can get your plants started earlier you might get peppers sooner.

That plan of action could go either way for me depending upon what the weather does.  Getting them to germinate inside is not the problem.  But since they have to go outside to get enough light after they germinate, how well they do will depend on how cold it gets. (According to the Almanac we might get some frigid temperatures in mid-March.)

Nonetheless, I’m pepper-hungry enough to give it a try.

I’ll prepare the jugs like I do for wintersown.  I’ll mix a tablespoon or so of compost with the grow mix and then water it well.  I’ll plant 3 pepper seeds per jug.  They’ll stay on top of my washing machine until they germinate.

The jugs will be taped closed a couple of days after they germinate and then placed outside under my make-shift cold frame. Another consideration is placing the jugs under a hoop tunnel that has a double layer of plastic over it.  That should give them enough protection – I hope.

Peppers are about the only thing I allow to remain unharvested.  I do that in the hopes of getting red peppers.

This year I’ll grow a large, beautiful, and huge bell pepper like California Wonder and harvest it continually rather than wait for it to turn red.  (If you’ve grown bell peppers in particular you know that they are about the last to turn red.)  By harvesting more, I’ll get a lot more.  (To learn more about that read my post, Harvest More and Your Plants Will Produce More.)

Grow at least one pepper plant in a smaller 15 gallon smart bag (a grow bag) closer to the back door.   I think this will enable me to more easily protect the plant when frost is expected in the fall and when a freeze threaten, Bill and I may even be able to get it into the porch.  It won’t last a long time that way under the conditions I have, but that might get me a dozen or so more peppers.

This second strategy will depend a lot on fitting it into everything else that’s going on.

A Word About So-called Grow Bags

A lot of things are labeled grow bag these days.  The ones I use are really called “smart bag” and not a plastic bag with holes. To read more about them, see my post Eggplant and Grow Bags A Great Combination.

Do you have a Southern Exposure or a Green House?

If you have a nice Southern exposure or a green house, you might be able to keep a pepper plant going a good amount of time. Or you might even try wintering it over.

Main Advantage of Wintering  Over

Keeping a pepper plant alive over the winter would be a great way to get earlier peppers in the garden the following year.

To have a better chance of wintering one over, a good approach might be to start a few pepper plants in August.  They wont get real big – which is the idea.  You could plant them in a nice sized pot and if you’re successful in wintering them over you’d have a great start on peppers next season.

A New Pepper I Couldn’t Resist

I happened to come across a picture of an heirloom, hot (mild) pepper from Brazil.  It was love at first sight!  It’s a beautiful little red pepper  about the size of a thumb (but round). They have a tapered point that looks like a birds beak.  Thus, they are also known as Little Beak Peppers. The Google search that produced the best pictures for me was “pictures of Pimenta Biquinho.”

I’m sure they grow a bit larger in good garden soil, but the plants look small enough to easily grow in pots.  I’m going to grow a few in my flower borders, at least one in the garden, one in a grow bag,  and try one in one of my pots at my back door. I’d love to be able to winter one over inside!

Evidently they’re either rare or sold mainly in Brazil because most of the seed suppliers I know didn’t have them.  I finally found them on e-bay of all places.  I paid 1.99 for the seed and 2.49 for shipping!  (20 seeds per package)  If they do well for me I will consider them a bargain.  And of course, I’ll want to save seed to continue growing them each year.

I hope I’ve given you some ideas to make your “pepper-gardening” experience even better this year.

Organic Gardening is easy, effective, efficient and a lot healthier.

Peppers – Eating Fresh from the Garden Through December